Several months ago, after watching “Fat, Sick, and Nearly Dead,” I purchased a juicer. I bought a Breville 200XL and it arrived in a few days. I was excited to try my new toy after hearing about so many potential benefits: less gray hair, more energy, improved sleep, detoxification, less inflammation, etc. I made a special trip to the grocery store for some extra organic produce and got started right away.

I wish I could say that I was excited about my first glass of juice, but I was not. I was excited until I saw the juice actually being made. I hadn’t anticipated that the juice would emerge from the juice in different layers in my pitcher and would require stirring (not a big deal, but still, unexpected). I hadn’t anticipated that cleaning the juicer would be so much work. (I’d settled on a Breville because they were supposed to be easier to clean than the Jack LaLaine juicers, and replacement parts for the Brevilles were supposed to be easier to find.) I had anticipated that the juice would taste… good. Not great, but at least good. My first glass of juice was anything but good. Spicy from too much ginger, too lemony, and very, very “green.” However, I drank it down, thinking the whole time of how much good this would do my body. I was incredibly disappointed.

After the first two days of dutifully juicing once or twice a day, I didn’t feel any different. If anything, I was far more tired than usual because of the extra dishes, cutting, and chopping. By the third day, I had put the juicer into the back of my pantry, promising myself I’d try again “later.”

Fast-forward to December 2012. After spending the greater part of this year working with a personal trainer and making some significant dietary changes, my balance is better than ever, and my IBS is finally under control after 7 long years of fighting with my body over the control of my digestive tract. My fiance’ and I watched “Hungry For Change,” which sparked a long conversation between the two of us about what we could do to improve our health. We paused the movie more than once to run to our kitchen for a quick inventory of how much HFCS (high fructose corn syrup) was still lingering in our pantry, how many of our dry goods had additives, etc. 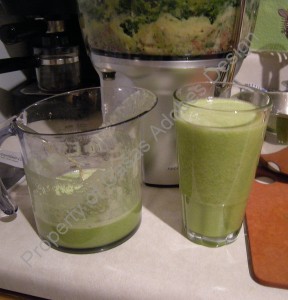 Although I wouldn’t call our lifestyle “unhealthy,” we still have a lot of room for improvement, like many Americans. We prepare most of our meals from scratch so we know exactly what we’re eating. We buy organic whenever we can. We eat a nice variety of produce, meats, and fish, and limit the amount of processed foods (either purchased frozen or from a drive-thru). We recycle more than we throw away, and we turn off lights when we’re not using them. However, we both deal with some kind of pain and inflammation issues (asthma for him from a military deployment, and Fibromyalgia for me). We eat more meat (organic or not) than we probably should. We don’t eat enough fresh produce. We eat more processed foods than either of us would ideally prefer, despite our efforts to plan meals at least a week in advance. We consume more sugar than we’d like. Although there is a food co-op where we live, it means driving 15 miles each way to pick up our produce. (That’s a lot of time in the car when we could buy organic produce for slightly more about a mile from home.) Many times, organic meat is just too expensive for our grocery budget, and it requires a trip to a different grocery store than where we buy many of our dry goods, for lack of selection.

We decided to start juicing again, really just to see if we would feel any differently than we did while watching “Hungry for Change.” We both felt like we needed to do something that would help make us healthier. I had originally planned to take a few days off from work so that I could do a juice fast without risking whether I’d have to call in sick or not. When it became clear that we weren’t going to be able to do a true juice fast, we altered our plan; we would start by introducing ourselves to the idea with one glass of fresh juice for each of us per day. 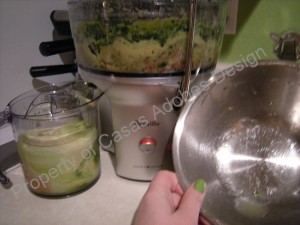 This time around, I decided to forego the juice recipes that had ended in so much disappointment the first time around, but used that experience to my advantage. We purchased produce that we normally like eating, to start. We bought spinach, cilantro, apples, oranges, pears, cucumbers, tomatoes, kiwi, pineapple, carrots, melon, berries, and kale. We normally do not buy kale as neither of us cares for it, but I’d hoped that we might find it more palatable in juice. I used mostly fruit (oranges, pineapple, pears) for our first glass of juice this time, with half a cucumber and two carrots for balance. And… (drum roll, please)… it was actually GOOD!

So far, I’ve been juicing once or twice a day for the last three days. I am finding that my body seems to be trying to self-regulate itself again where my circadian rhythms are concerned; I have spent the last 15 years or so fighting with my body over all things sleep-related. I am falling asleep earlier and waking up a little earlier, which is a huge deal for me. My GI tract seems to be trying to clear itself out. I am finding that concentration on a single task seems to be easier. I have had a few mild headaches, but nothing debilitating by any means (another welcome change!). I have been a bit more tired than usual, but I’ve also felt more productive during the day. I’ve been steadily losing about half a pound a day.

Seeing these changes has motivated me to put up with the cleaning that the Breville requires. Now that I have fallen into a rhythm with it, it feels like less of a nuisance. I suppose that part of the shift has been a shift in attitude for me; keeping my juicer clean shortly after drinking the juice has kept me on top of all of our dishes (I am notorious for letting dinner dishes sit in the sink until the following day- pots and pans included). I know now that when I fill up my metal mixing bowl, I’ve got enough produce to make two medium-sized glasses, or one very large glass, of juice. I know now that I prefer a somewhat random mix of produce, rather than any kind of “theme.” I know now that I enjoy a mix of fruits and vegetables, using my pineapple or berries with leafy greens. My fiance seems to mostly agree. I know that I really do not enjoy the kale that is available from our local organic market, in any form. I know that I must make it for work me, and not the other way around.
Here’s to a Happy (and Healthy) New Year!

"If looking for an ionic foot bath, look no further. this is the ONE. thanks!"
--freeflymama

"Look No further MaxDetox has the Highest Quality Product!! -Excellent Everything!"
--domainspr

"Best machine on the market. 10 times better than the one I got from China. A+++"
--aafertiunlimited

"There's a reason for this merchants 100% feedback rating, Simply, IT WORKS GREAT."
--lords_sword

"AWESOME MACHINE!! IN 3 DAYS HAD HEALED MY FOOT ISSUE! THANK YOU SO MUCH!!"
--nicolebabcock2010